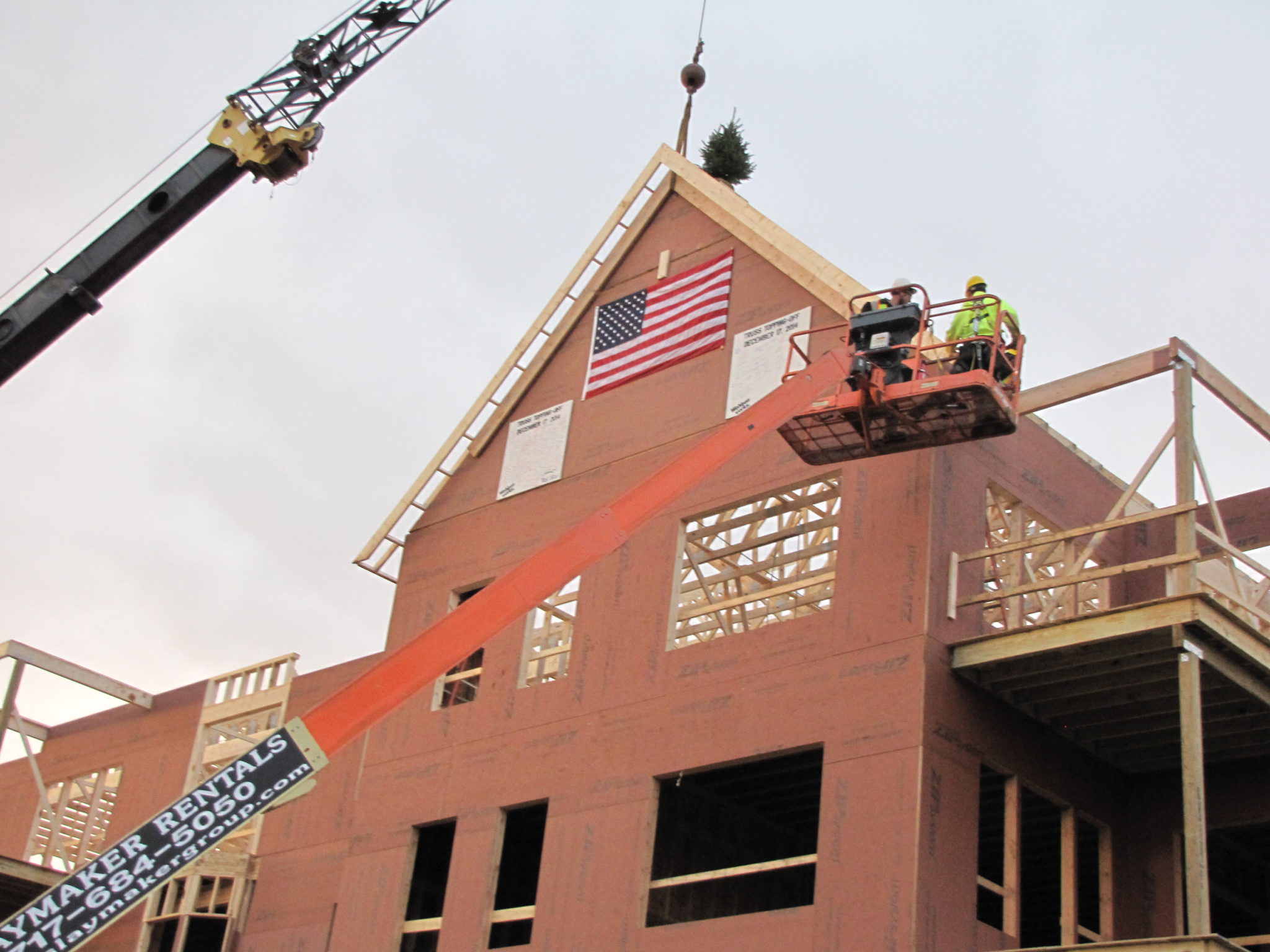 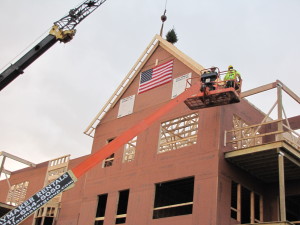 The StoneCroft neighborhood, currently under construction on Tel Hai’s campus in Honey Brook Township, reached a dramatic milestone on Wednesday, December 17 with the “topping off” ceremony held at 4:00pm. The final truss was hoisted on the southeastern corner of the Greystone wing—complete with American flag, signatures of residents, future residents and staff affixed to the unit, and an evergreen tree at the peak.

The “topping off” ceremony has a long history in the construction trades. Typically this occurs when the highest beam or truss is placed on a building’s framing. Its ancient origins are traced to the Vikings (who introduced the addition of the tree on top of the building to celebrate their progress and a wish for good luck.)

Wohlsen Construction representatives welcomed the crowd which numbered over 100 and handled the job expertly. Construction completion is anticipated for early summer 2015. The complex includes 105 apartment homes in two wings which are joined by a new community center rich in amenities including dining venues, a competition-sized pool, art studio and gallery, fitness room and exercise studio as well as a fine arts and worship center able to accommodate over 400 persons.

PHOTO: The “topping off” ceremony was held at Tel Hai on December 17 to mark the installation of the last truss to be added to the StoneCroft structure. This new neighborhood of 105 apartment homes will welcome new residents in summer 2015.